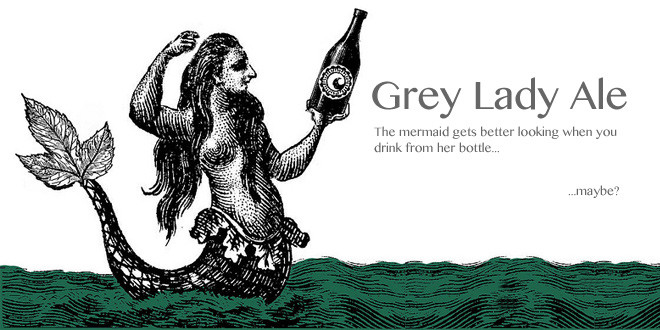 ANOTHER BREWERY THAT STARTED FROM A BEER KIT!  All these guys obliviously got their kits from some place other than where Scott got his. Scott’s first attempt at making beer didn’t go so well but his first attempt at poisoning someone was spectacular.

Enough about Scott. This article is all about Cisco Brewers and the love story surrounding it.  Cisco Brewers is based out of Nantucket, Massachusetts and was founded by Wendy Morton Hudson & Randy Hudson in 1995. Now, Wendy started home brewing with friends while living in California but she returned to the Island of Nantucket in 1992, met Randy (♥) and knew he was the one. So she bought him a beer kit, just to be sure.  Well, Randy’s beer was a hit with Wendy and love blossomed. ♥♥♥

Back to the brewery! Since it was so small you could call it a “nano-brewery” and they had the distinction of being America’s Only Outdoor Brewery for sometime before moving the equipment indoors in 1996. It all seems to have moved quickly for them, even though they cap their own bottles.

Wendy and Randy brought on Jay Harmon in ’96 to help with the brewing. They met Jay while he was working on his senior thesis at Fairfield University. Jay had been looking into opening a brewery in Nantucket so the best way to limit competition is to hire them, I guess. 🙂

One of their signature beers is the Grey Lady, which I am trying. We had a few other beers from Cisco Brewers that were donated from Bill Vaughn, thanks Bill! But Bill gave them to Scott and Scott drank most of them without telling me. Luckily, The Grey Lady Ale is mine.

This is a witbier or wheat beer. I’m not much of a witbier drinker, can’t recall anything to compare it to but lets give it go. It pours very light in color almost see through. The head vanishes almost immediately. The smell is interesting, spice and citrus and feet. That may sound bad but it’s not. The taste is surprising. First thing I thought of was a “sparkling beer”!  It starts off clean and crisp and then you get some bread, some citrus and some spice.The spice stays for a little while, it’s mild but it’s there.  I was expecting a bolder spice flavor but was surprised. This is easily a session beer. I feel like I could go all day with this one. Now that summer is here I may grab some of these for the beach.

If you want to step outside your comfort zone but not go crazy, this could be worth a try and if you are planning a visit to Nantucket be sure to stop by this “alcohol amusement park”. From what I read about them and the staff’s bio’s it has just made my bucket list.

Brendan is Scott's Ed to Johnny, Chuy to Chelsea, Andy to Conan, Guillermo to Jimmy... You get the idea. He loves his family and friends but doesn't mind stopping to have a cold craft beer that makes him late for important events, ahhhhhh. He too is a hop head but since joining The BeerCritic has expanded his beer horizons, along with his belly, and truly enjoys the different tastes and styles the beer crafters have created. Beer is proof that God loves us. Cheers
Previous: Fat Tire! To match the spare tire.
Next: Episode 20 – Cisco Brewery