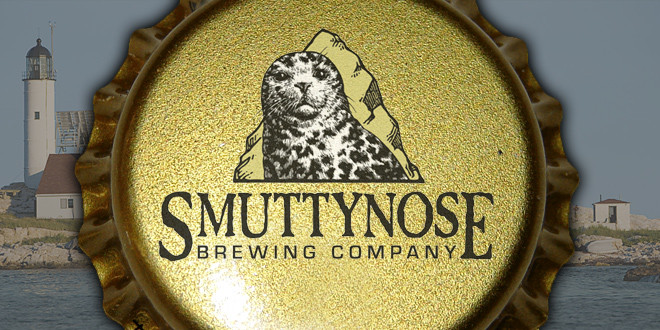 A face only a mother can love a beer everyone can love.

Hey Smuttynose, yeah YOU!  No, it’s not an insult, in fact it’s kind of endearing, do you see the image above? Smuttynose is the name of an Island that is part of the Isles of Shoals located off the coast on New Hampshire, Scott’s neck of the woods, and Maine. The name appears on nautical charts dating back to the 17th century and it is also the name Peter Egelston’s award winning brewery in New Hampshire, Smuttynose Brewing Company.  Just so happens I am going to try the award winning Robust porter, right after I tell you about this brewery.

Peter Egelston founded Smuttynose Brewing in 1994, the same guy who opened the Northampton Brewery, which is now the oldest brewpub in the Northeast. Peter grew up in Southern California, went to school at NYU, did some teaching in Time Square and taught at a high school in Brooklyn NY, my neck of the woods. Really, what’s not to like about this guy?   In ’86 his sister convinced him to help open the Northampton Brewery in Massachusetts. In 1993 Peter went out on his own and purchased Frank Jones Brewing, which would eventually become Smuttynose.

The logo for Smuttynose Brewing is the common harbor seal, which makes it’s home on the island. The island is also known for a brutal double axe murder in 1873 but the harbor seal is definitely more likable.  Don’t you just love this kind of info?

Now lets get to the beer.  This beer pours DARK and the head looks like foamy chocolate milk.  It smells of coffee and chocolate, yum.  Man… it tastes just like that. It has plenty of coffee taste, roasted malts and a touch of chocolate. More of that bitter sweet chocolate and tiny taste of hop at the end.  I enjoy a porter every now and than and this is outstanding. This beer is smooth and incredibly drinkable. So well balanced I will have to have another.  🙂

If you enjoy trying different beers, you HAVE TO try this one. Smuttynose can be found up and down the east coast and its reputation proceeds itself.   I look forward to trying more from Peter Egelston and Smuttynose Brewing.

Brendan is Scott's Ed to Johnny, Chuy to Chelsea, Andy to Conan, Guillermo to Jimmy... You get the idea. He loves his family and friends but doesn't mind stopping to have a cold craft beer that makes him late for important events, ahhhhhh. He too is a hop head but since joining The BeerCritic has expanded his beer horizons, along with his belly, and truly enjoys the different tastes and styles the beer crafters have created. Beer is proof that God loves us. Cheers
Previous: Episode 32 – Cigar City’s Invasion Pale Ale
Next: The Legend Grows!